The Real Scoop
As Seen On: 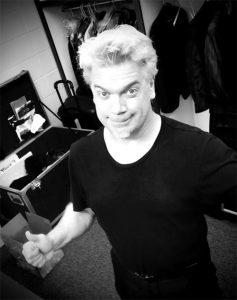 Award-winning comedian & magician, Chipper Lowell, has been described as an “artistic cyclone of talent and comedy” by the press. The red head’s best known “skills” can usually be found onstage, doling out witty remarks, presenting bizarre feats of original magic, ad-libbing with audience members who can’t stop laughing, attempting pointless juggling stunts, pulling a seemingly endless barrage of unusual thing-a-ma-bobs and gadgets out of his prop trunks, and in short, creating a wonderful evening of high-energy laughs and amazement for all those in attendance. (How’s THAT for a run-on sentence? You’re welcome!)

For over 20 years, Chipper has been bringing his odd brand of infectiously amusing mayhem to audiences around the world at performing arts centers, theaters, cruise ships, casino showrooms, and corporate events. His tours have taking him throughout the United States, Canada, England, Australia, New Zealand, Malaysia, and Mexico. 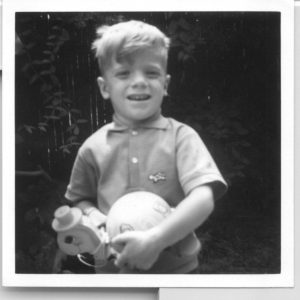 As a boy, Chipper was literally born and raised on traveling circuses and large scale arena shows with his show business parents. His father was a professional clown with Ringling Bros and his mother performed as an aerialist working high above the crowds. By age 17, Chipper was creating his own shows, parodying many of the variety arts he grew up with, while also creating some eye-popping magic routines of his own along the way. His improv training came from the critically acclaimed Groundlings Theater in Los Angeles – the popular improvisational venue that brought us Will Ferrell, Kristin Wigg, Pee Wee Herman, and many more SNL and MadTV alumni.  This led to working the comedy club circuit full-time for the next 7 years, headlining all throughout the U.S. and Canada.

In time, Chipper was soon appearing in upscale theatrical shows, and headlining many of the casino towns including Las Vegas, Tahoe, and Atlantic City, at landmark resorts such as Caesars, Harrahs, Flamingo, Harvey’s, Horizon, and Resorts International. He quickly racked up an impressive list of theater and casino bookings and never looked back. 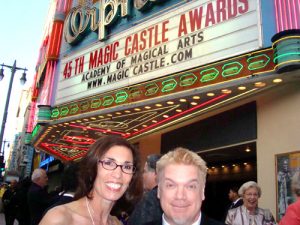 All of this led to Chipper popping up on TV here and there in such shows as The Tonight Show, Disney Channel Preview Special, Don’t Blink!, Empty Nest, Show Me The Funny!, Street Magic, General Hospital, The (Jerry Lewis) MDA Telethon, America’s Funniest People!, and multiple guest-starring spots on all EIGHT seasons of Masters Of Illusion on the CW network. He has also had acting roles and cameo appearances in feature films including My Life, SIX, Larger Than Life, and Time Changer.

In addition to his theater tours, Chipper continues to entertain at top corporate and special events for companies such as AT&T, Pepsi, In ’N Out Burger, Nabisco, Bank of America, Irvine Company, Flour Corporation, Disney, Forest Lawn, Ritz Carlton, Harrahs, Caesars, Citicorp, Tropicana, Resorts, FedEx, Raytheon, and Wells Fargo.   Chipper is well known for customizing his shows to the client’s needs – from presenting a 15 minute, high-energy set to energize your group, to a full evening, 60 to 90 minute performance for corporate banquets, award ceremonies, holiday events, and more!   And, of course, his shows are always 100% “Corporate Clean” when it comes to great comedy, magic, and hilarious audience interaction.  In short, a fantastic and memorable time had by all!

Away from the spotlight, Chipper has produced several comedy CDs and recordings for Rhino Records, including “Comic Relief IV, V & VI,” “National Lampoon’s Radio Hour Anthology,” and “The American Comedy Box”.  His writing credits include “Comic Strip Live”, the feature film “SIX”, and “The Magic of David Copperfield” television special.  He has also written for theatrical productions including Phantasy, The Chipper Experience, BLiNK!, and Life and Other Deceptions.

Since 2014, Chipper has also co-starred in several large scale touring shows, including “Moon River & Me – A Tribute to Andy Williams”, “Unbelievable! – A Magical Experience”, “Masters Of Illusion LIVE”, and “The Illusionists Experience”.   “Unbelievable” was the largest stage production to date for Chipper, with a 16 show run in Vancouver, B.C., and arena audiences ranging from 6,000 to 8,600 people nightly.

In 2019, Chipper starred in the Broadway hit theatrical show, “CIRCUS 1903”, in various countries around the world, in the lead role of “Owner/Ringmaster.”  This incredible, full-scale stage production features a beautiful, original score, dazzling sets, amazing artists, acrobats, and aerialists, as well as two jaw-dropping “elephants” – known as ‘Queenie’ and baby ‘Peanut’ – created and manipulated by the same award-winning puppeteering team that bought the stage play “WAR HORSE” to life on Broadway and London’s West End.

Chipper performs at several charity and fundraising events each year, with a special focus on Autism Awareness and promoting financial support to families dealing with autism.  For the past few years, he has spoken at various events on how he and his wife have raised their child who was diagnosed with high functioning autism at the age of three.   Chipper is currently putting the finishing touches on a new book on the subject of parenting children with autism, which is expected to debut in the next year or two.

Another book project is currently in the works.  This one will tell the life and times of his ‘show business’ father – covering his extraordinary career including being one of the popular circus clowns appearing on Ringling Bros. Barnum & Bailey for seven-plus years, touring the world, popping up on television’s “Magic Land of AllaKazam, working in the entertainment department of Disneyland back in the ’60s as well as the 1964 World’s Fair, producing variety shows and 4th of July Spectacular events, owning a flea circus (yes, a REAL flea circus), and so much more.

His greatest joy, however, is spending time at home with his wife, their son, and a mortgage…  🙂

• They Came From Outer Space – FOX

• Battle of the Dance – Anaheim, CA