Chipper & Arsenio Hall Have Something In Common! :) 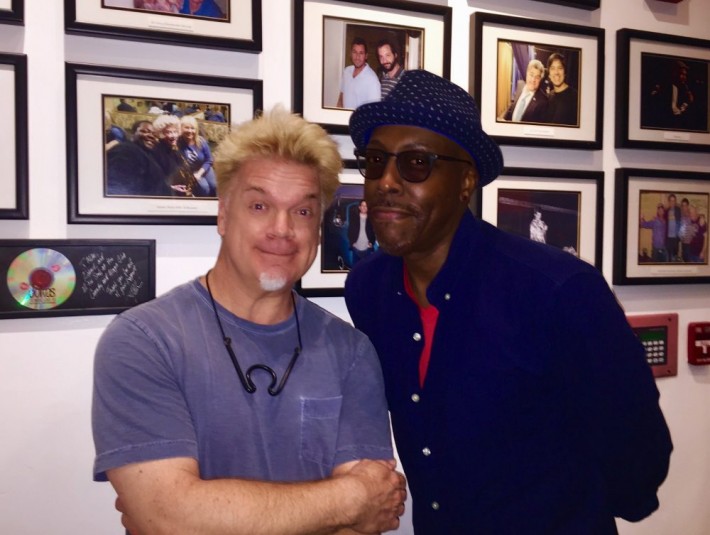 Well, during the month of October I managed to squeeze in 12 shows at the legendary COMEDY & MAGIC CLUB.  And, as always, it was a blast.  For those of you who don’t already know, when I’m not touring theaters across the U.S., and I’m wanting to work on new material or routines, I try to pop into this amazing club to test out the new ideas.   It’s also a chance to catch up with fellow comedians and friends I haven’t seen in awhile.  People like Daniel Tosh and Paul Reiser, also like to drop in, doing the same thing….hashing out the new jokes they’ve come up with….Expanding them into full-fledged routines – tweaking – polishing, etc…  The audiences at this club are perfect for this, and they appreciate that in addition to our ‘tried and true’ stuff, they’ll also get to ‘watch the sausage being made’ and enjoy jokes they no know one else has yet heard.  (I just love the creative process.)

This Friday night was especially fun for me because it was the first time meeting and chatting with the one and only Arsenio Hall (Host of The Arsenio Hall Show, and star of such films as Coming To America and Harlem Nights).  We were both working the show that evening, and we immediately hit it off.  Why?  Because he also happened to start out in life as a young magician!!  Yep!

Let me tell you, he’s one of the nicest guys in the biz, and when we got into ‘talking magic’, he enthusiastically pulled his phone out to show me a pic (BELOW) of him as a teenage magician.   He explained that as a kid, he had seen a wonderful performer by the name of Johnny Thompson who did a magic act using doves, and that was all it took to fuel the fire in him.  Arsenio quickly put together his own dove act.  Performing ‘serious magic’.   And it made me laugh and get nostalgic a bit, because I also started out as a ‘serious’ magician.  In a few years, both of us would quickly realize that most audiences much preferred to laugh at us, and it was best to listen to what the audience was telling you…. That you’re better off “being yourself” than taking yourself too seriously.   So we both naturally progressed into doing comedy, be it straight stand-up or comedy magic.   : ) 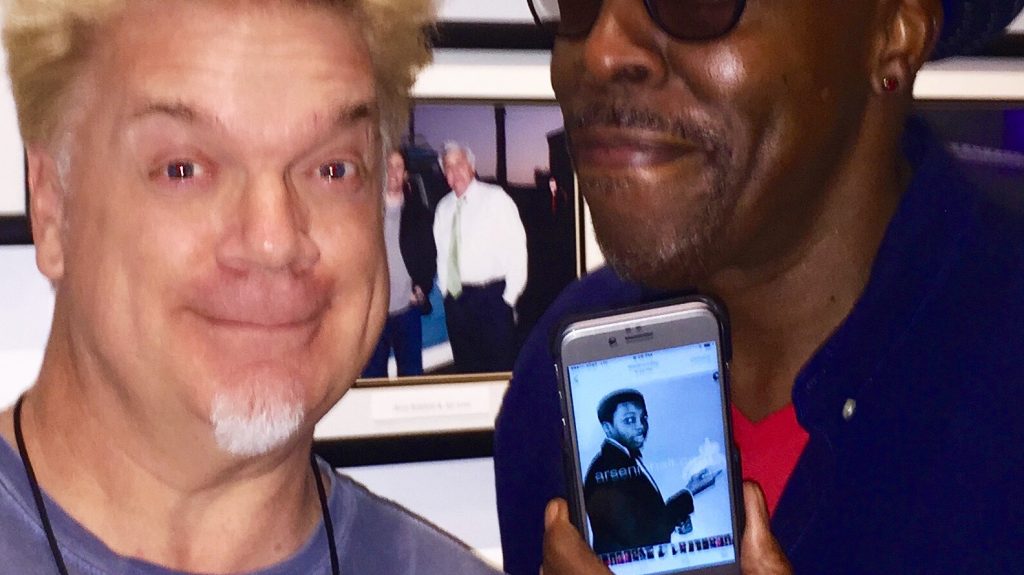 Coincidentally, Johnny Thompson (who really is an AMAZING magician,knowledgeable beyond belief, and is currently the magic consultant for Penn & Teller’s FOOL US television series) also switched over to comedy early in his career.  He became an international headliner as “The Great Tomsoni”, portraying a Polish Magician with his assistant/wife.  The laughs were huge and the audiences loved them!  The magic moments were still there and solid, but his comedic timing as he performed was above and beyond anything I had seen.  Classic bits of business and gags were heavily peppered throughout their act, as he tried to remain ‘regal’ and deadpan, hoping for dignity and class while everything around him was going to crap.  His lovely wife, Pam, was just as funny and one-of-a-kind.  She played his onstage assistant as if she was completely bored of the act, and a little jaded about show business – chewing gum all the time she was onstage.  The looks, pauses, beats, and ‘takes’ between them and their audiences were spot-on, funny has Hell, and they always ‘killed’ everywhere they played, all around the world.   I got to see them perform as a teenager, and like Arsenio, they were a shining example of what good, quality magic and real comedy was all about. 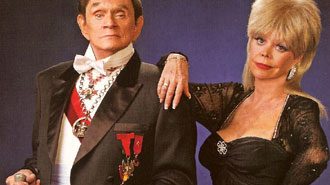 It’s nice to know that it’s a small world after all, and to run into a fellow comedian and actor you admire only to find out you both had the same upbringing, and even indirect inspiration from a legend like Johnny.  Well, that’s it own kind of magic, isn’t it?    : )

__________
Chipper Lowell is an award-winning comedy magician who tours with his solo show, “The Chipper Experience! – Where Comedy & Magic Collide!” at performing arts centers and theaters across the U.S., as well as TV appearances, including all three seasons of “Masters Of Illusion” on the CW Network.