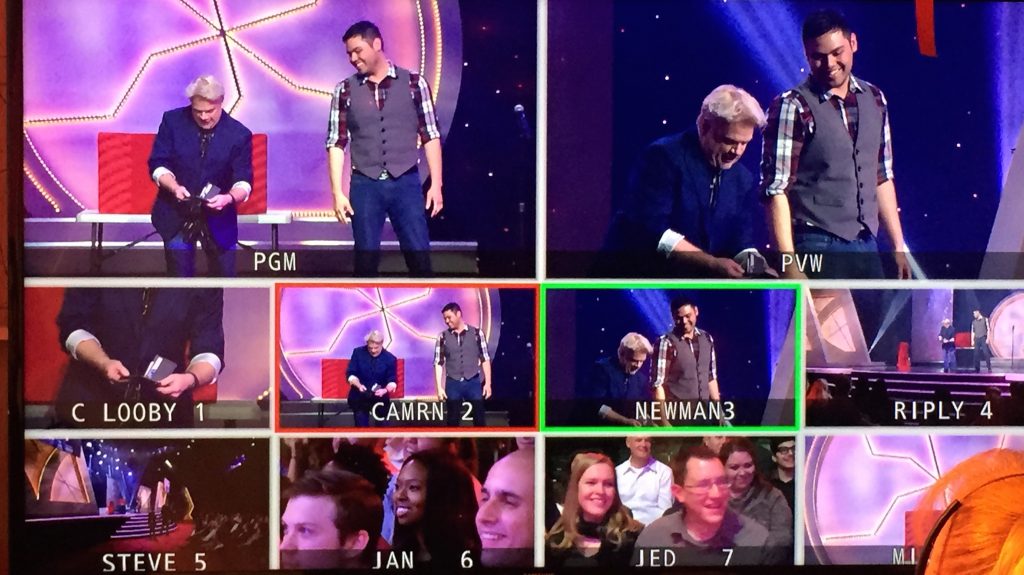 (View of the multi-camera screen backstage during the live ‘Masters Of Illusion’ taping in January, 2017.)

The ol’ plate has been FULL and I’m forever grateful for all of the touring and projects, but then you suddenly realize that 4 MONTHS have slipped right past you, and now you’re just trying to catch up on everything. Whew!!

Quite the whirlwind! – The month was packed to the gills with tour dates in five different states, as well as taping the 4th season of “Masters Of Illusion” for the CW Network. Between traveling, live shows, and creating/rehearsing the new television pieces, I found myself burning the candle at both ends… BUT it was all a BLAST, and I’m excited to have you all see the ‘new stuff’!!  🙂

The ‘MOI’ taping went very well — I premiered three new comedy magic pieces for their studio audience. Two of them being stage routines with a few energetic volunteers, and the surprise appearance of a new and unique ‘pet’. (Can’t reveal the animal yet, so make sure to catch the show when it airs during Summer!)  The third routine was performed IN the audience, surrounded on all sides. With the help of a lovely volunteer from the second row, I told everyone the story of my grand, grand, grand, grand ol’ grandfather named ‘Pappy’ — A hustler and conman of the ol’ Wild West.  The piece featured an antique deck playing cards, a pair of large dice, a large beer mug, and a possible ‘gunshot’…. followed by a surprise twist and impossible finale…and again, I won’t give any ‘spoilers’ away. When you catch it on TV, let me know what you think.  (This was my favorite piece to do – and I will admit it took the most time to rehearse.) 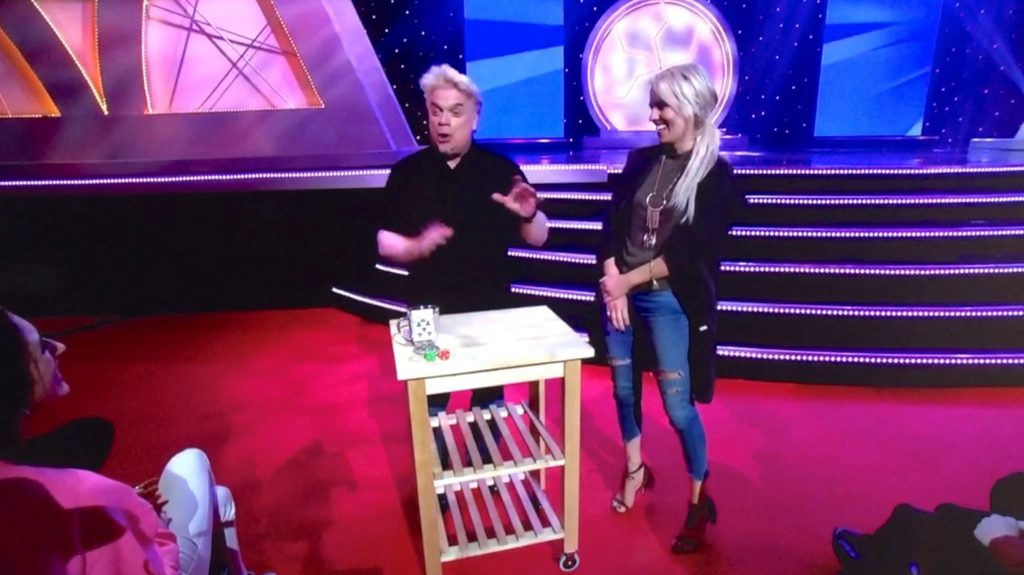 The month also had several corporate events and company banquets across the U.S., including a large corporate show that I was asked to consult on and direct.  The fancy corporate conference took place in Houston, Texas, and was a LOT of fun to do because I got to hang out and work with fellow friends and artists also in the ‘biz’.  The show was a HIT, and the tech crew were amazing to work with.  Pro’s at the highest level.   🙂 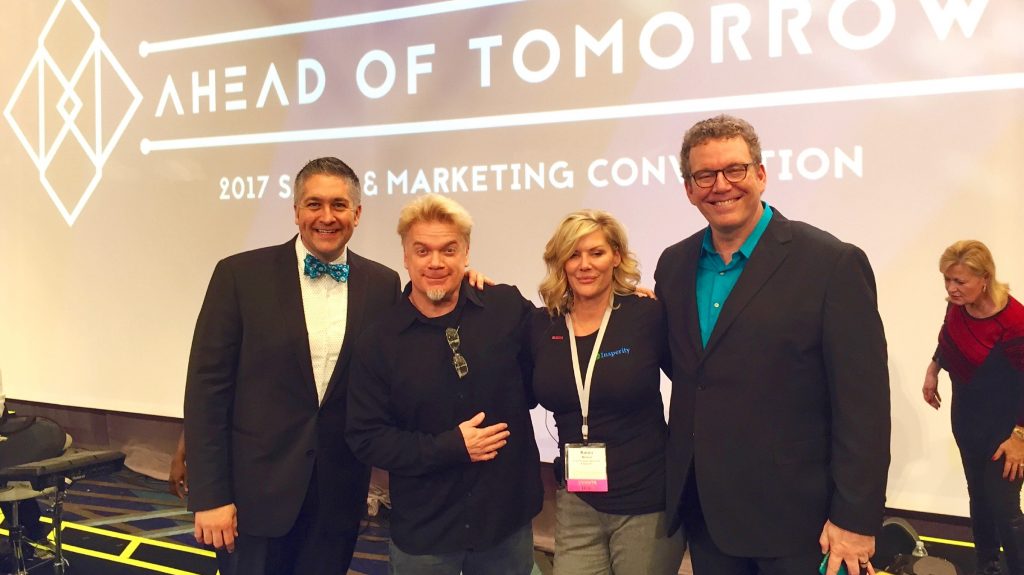 Oh! – Before I forget! — Check out this crazy “Lazy River” at the new hotel the event was held at!  Yep – it’s in the shape of TEXAS!  (the ‘dots’ are from the rain hitting my window as I took the picture…which means I never got to try out the ‘river’ during my stay….Oh well, next time!) 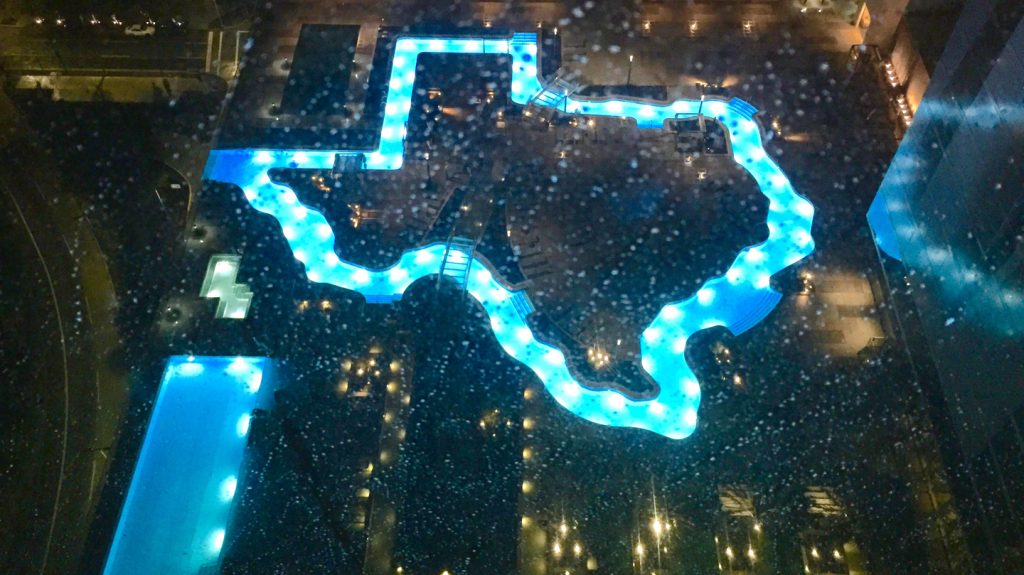 To round out the busy month, I also performed in NYC at The Players Theatre, as well as two special appearances for an international performing arts conference, and then flew straight back to the west coast to appear in the LIVE stage version of ‘Masters Of Illusion’ at the Harrahs Rincon Casino & Resort near San Diego….this was my second time there, and just like before, we had a packed audience of well over 2,500 people.   Again, a very nice opportunity to work with good friends who also happen to be excellent magician and illusionists as well.  And the crowd ROCKED!  🙂

Thank you for reading my blog.  And I promise to make up the slack for slacking over the last couple of months by not slacking during the next couple of months!  🙂  Besides, there’s much more fun to tell you about the next time around!  All the best!!