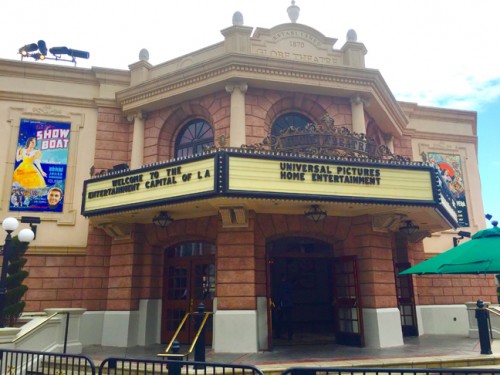 It is always a fun time appearing for corporate events that involve the Entertainment Industry.  I’ve been fortunate to work with Sony, Disney, and others, and this one was no exception.   Universal Pictures asked me to present several awards during one of their annual conferences, and I enjoyed coming up with original routines that would ‘magically’ reveal the name of each new recipient.  The audience, along with each winner, were astonished – which thankfully was the idea.   🙂

In the process of getting to each name, I also performed a unique magic effect or routine with several attendees, on stage, throwing them all off-guard until the climatic ending of each trick and the surprise display of the next person honored to receive an award.  To enthusiastic applause, each recipient made their way onto the stage as I handed them their trophy and posed for pictures with them.  This audience was made up of some pretty ‘heavy hitters’ in the film industry, and it was refreshing to see just how down to earth they were and I had quite a few cool ‘chats’ with them backstage in the green room, or during breaks throughout the day’s session.   Oh yeah….This particular event lasted 5 and a half hours, so the planners made sure to have a lunch break and cool desserts and drinks for the 10 minute ‘pauses’ along the way.   🙂

My brain loves customizing magical effects for clients who request it.  Each of the new routines were intricately tied in with Universal, from using dozens of their upcoming movie releases for an uncanny prediction effect, to creating a special video “trick” that had the entire audience engaged and playing along.  The ending surprised them all, and once again, another winner was revealed.

During the special event, I was privileged to meet several top film producers, and also had a lovely conversation with the writer & director of the “CHUCKY” movies, Don Mancini, and the current star of the latest offering, Fiona Dourif ( daughter of Brad Dourif, who does the voice of Chucky as well as being a well known actor.)    Between two of my onstage sets, they also took to the stage to show a preview of the new Chucky movie, and answer questions from the audience.  Very cool peeps!  🙂  (pic below) 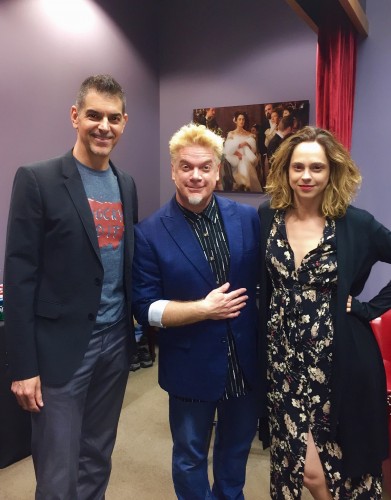 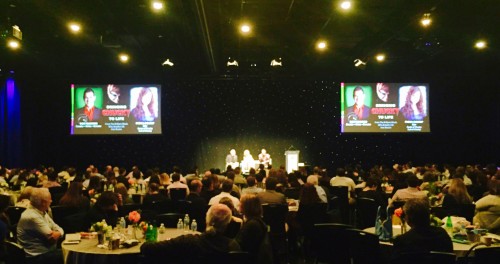 Don and Fiona doing a Q&A with the audience about the newest
CHUCKY movie, scheduled to released during Halloween.

To round out the rest of the event, Universal executives presented quite a few “sneak previews” of films set to be released during the next two years.   This was exciting to watch, and unfortunately no one was allowed to take pictures or video as they had not yet been publicly released yet.   All in all, a terrific event, pulled off by a crack team of planners, and a fantastic tech crew.   Hope to work with them all again down the road!  Cheers!  🙂