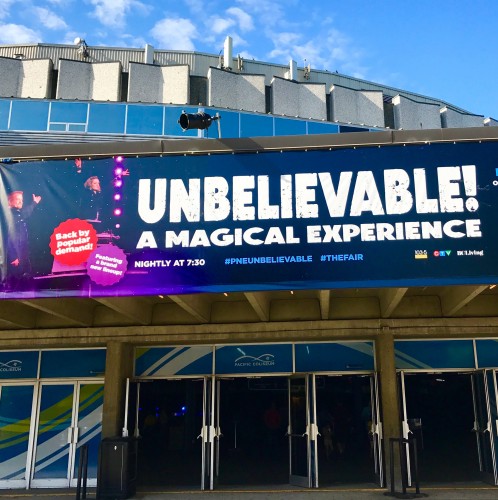 Yep!  You read that right!  I was honored to be a guest star in the 2nd year of “UNBELIEVABLE! – A Magical Experience!” – A large scale arena show that played for 16 performances in Aug/Sept and had audiences ranging from 6,000 to 9,000 nightly in a 10,000 seat coliseum.   To say it was nice experience doesn’t do it justice.   Produced Murray & Teresa Hatfield, this show had it all — Grand illusions, intimate sleight-of-hand, classic magic, dance & hip-hop numbers, original routines, and of course great comedy and audience participation.  A wonderful cast of artists who happened to also be dear friends.  It was all quite the blast!  🙂 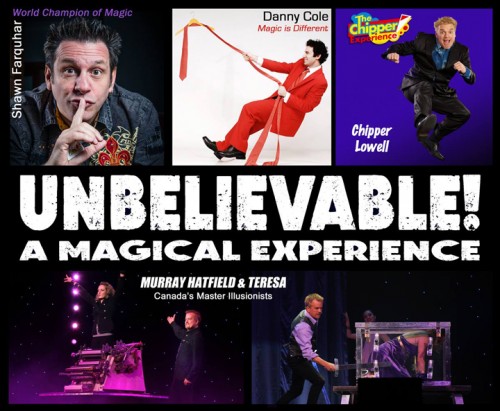 The scope was large enough that the production also required two large video screens flanking either side of the stage, along with a full video team of cameramen, editors, and directors.  Add to that a top notch technical crew, and three pryotechnics experts.   I have to say that this was a LOT of fun for both the cast and crew, as well as the enthusiastic audiences filling the venue for each show. 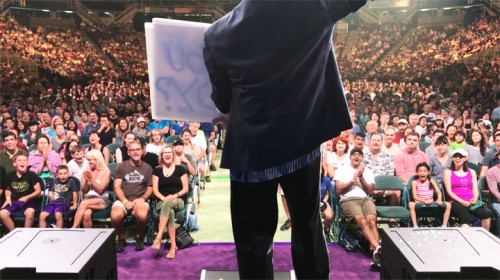 Reviews and word-of-mouth were spectacular, to the point that we had many people catching the show 5-10 times over the length of the run.  A “bonafide HIT!”  We were all quite humbled by the response & love, and taking the stage each evening in front of thousands was quite the ‘rock concert’ rush! 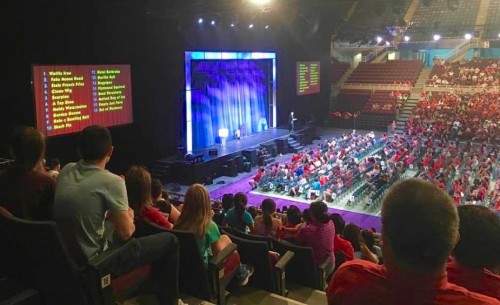 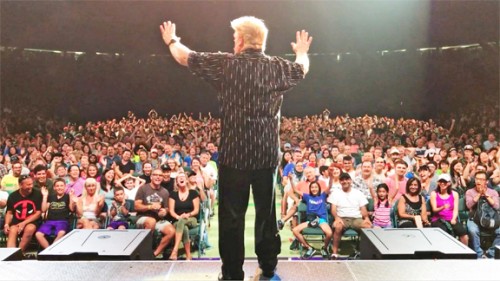 Here are a couple excerpts from two of the recent reviews:

“…Chipper Lowell. What does one say about such a comedic phenomenon?  He quickly won the audience over with his outrageous antics.  We were soon laughing at all his seemingly spontaneous frenetic presentations.  His very verbal style is ideally suited to such a massive forum (seating 10,000 at full capacity).  It is hard to describe — it’s very “over the top” and somewhat “camp” but extremely focused even when it looks like he’s made a mistake. (Hint: He doesn’t.)  It’s hard to combine magic and outright comedy.  To make it also look so easy and effortless as Lowell does is the mark of a real pro. —  If you are in or near Vancouver run (do not walk) to the PNE and see “Unbelievable! A Magical Experience.” You will not regret it…“
—  Canada’s Magic: Blog
(to read the full review:  http://canadasmagic.blogspot.ca/2017/08/random-thoughts-about-unbelievable.html)
________ 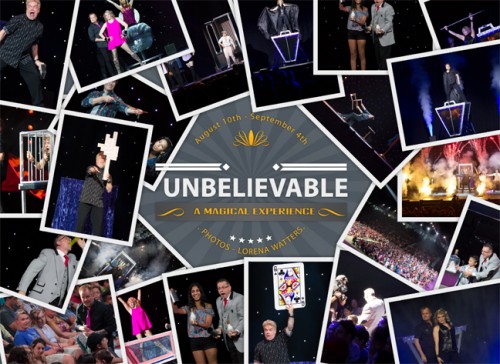 “…For me, the highlight was Chipper Lowell.  It was obvious as soon as he walked out on stage … here was Mr. Personality.  Chipper had the audience standing up, laughing, cheering and clapping throughout the entire set.  His comedy was hilarious which catches us off guard and makes his magic that much stronger.  One of my favorite routines was his production of a bowling ball … from a water melon, which involved the entire audience choosing an item from a large list of things “you might have in the back of your car.” If anyone can entertain an audience of this size it definitely is Chipper Lowell.  Every time Chipper appeared on stage you had to smile and laugh – he has an infectious quality.  The audience loved him verified by the huge applause at the end.  A quick final Chipper note: I think his throwing a ventriloquist puppet off stage is one of the funniest bits of business I’ve ever seen…”
— VANISH INTERNATIONAL MAGIC MAGAZINE
(to read the full article, please visit:  http://www.VanishMagazine.com ) 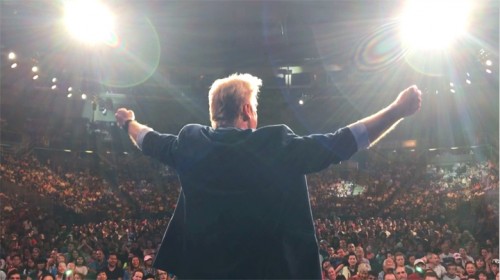